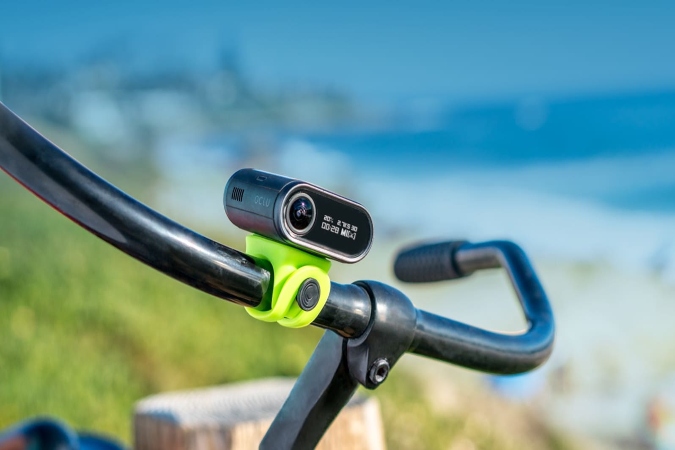 People often use the comparison “It’s just like riding a bike!” to say how easy something is. But just like learning how to ride a standard bike, riding an electric bike takes a little practice. After you get the hang of it, riding an e-bike opens up a world of possibilities–faster work commutes, the capacity to travel up steep hills with minimal effort, and the ability to carry heavy loads. Using an e-bike really can make your life easier—the first hurdle is learning how all the different parts work, and how to operate them.

What Type of Electric Bike Are You Riding?

Different e-bikes are operated differently, and they also require you to follow different rules and regulations depending on where you live. A Class 1 e-bike travels up to 20 MPH and is powered only via the pedals, through something called pedal-assist. Also known as pedelec bikes, these machines are kick started by human power. When you start pedaling, the battery powers the electric motor, boosting you forward.

Class 2 e-bikes only top out at 20 MPH like Class 1 electric bicycles, but they are powered by a throttle, usually located on the handlebars. When you twist the throttle or press a button on it, this powers the battery and motors. With a throttle-powered bike, you don’t do any of the heavy lifting (or pedaling, in this case). Note that Class 2 e-bikes are not legal in all places, so do your research before buying one or contact the local DMV (Department of Motor Vehicles) regarding federal regulations.

Class 1 e-bikes are some of the more popular types because they allow you to control how much power the bike emits. They feel pretty similar to a regular bike, so learning how to ride one is fairly simple. And if your battery dies while you’re out for a ride, you can pedal home with no problem.

Though many bikes fall within the Class 1 or 2 groups, they don’t all serve the same purpose. Let’s take a look at the different types of e-bikes and how they’re operated.

If you’re still unsure which e-bike is right for you, you can try converting your standard bicycle to an e-bike with a conversion kit. Lots of people who try out e-bikes for the first time realize it’s much easier than they imagined.

How Fast Do You Want to Go?

While the top speed of an electric bike is typically no more than 20 MPH, it all depends on how fast you pedal. If you pedal faster than 20 MPH, the pedal-assist feature no longer works, but this isn’t necessarily a downside.

A lot of e-bikes are equipped with power switches in a couple of different settings to allow you even more control over the speed. The “eco” setting is the low setting. You can use the eco setting when you’re coasting over gentle, rolling hills or flat bike paths. The “turbo” setting, or “high” setting, will get you up those bigger hills or bumpier roads at higher speeds with more power.

Class 1 and Class 2 e-bikes only give you electric assistance up to 20 MPH; after that, the power is up to you. Class 3 e-bikes go up to 28 MPH and in most cities, they are considered “mopeds” and must obey regular traffic laws. To ride a Class 3 e-bike, you usually have to be age 16 or older and have a license, so they’re not as versatile as Class 1 or 2 e-bikes. They’re also not as common.

If, at any point, you feel you’re going too fast, lightly engage the brakes to slow down, shift your settings, or gently release the throttle. It’s important that you consider safety to be a top priority when riding your electric bike.

The Health Benefits of Riding an Electric Bike

A 2016 study conducted at Colorado State University found that using an electric bike regularly improved e-bike riders’ cardiovascular health and blood sugar levels. Even though e-bikes move via electric power, many still need the help of pedals. In pedal-assist mode, riders control how fast the bike moves by pedaling as fast or as slow as they want the bike to go. The pedaling kick starts the motor, which helps riders get through rough terrain or steep hills without wearing themselves out. This indicates that riding an e-bike (even when it does most of the work) is a healthier alternative to taking the subway or driving a car.

A recent survey conducted by the National Institute for Transportation and Communities found that e-bike owners rode their bikes more often than conventional bike owners. Only 50 percent of the nearly 1,800 bike riders surveyed reported they rode their bikes every day or every week. But the number of regular riders jumped to 90 percent after they got e-bikes. In summary: you’re more likely to exercise (and then reap the benefits from the workout) if you have an e-bike!

However, note that the aforementioned health benefits don’t come with throttle-powered, or Class 2 e-bikes. With the twist or press of a power button on the handlebars, electric currents power the bike completely which may be the same as sitting in a car, bus, or subway.

Why Choose an E-Bike Over a Traditional Bicycle?

Regular bicycles have been around since the early 1800s. Since then, their popularity has exploded thanks to their many uses. They’re fairly simple to ride and a great way to get exercise, especially for those who prefer aerobic activity. Another plus: they don’t use petroleum, so you can feel good about your environmental impact when you ride one.

With all that said, the rise of e-bikes is proving that some prefer electric assist bikes over regular bicycles. If you’ve been riding a standard bike for a while, it might be time to try out a low-speed electric bicycle—just to get your feet wet. An e-bike, while it’s equipped with a motor and a battery, is not all that different from a standard bike. And pedal-assist bicycles feel quite familiar to seasoned bike riders, as you “power” the motor with your feet (via the pedals). That way, you can benefit from physical activity too.

So if the two are so similar, why would you choose an e-bike? Well, e-bikes are beginning to replace cars. According to recent data, electric bikes are becoming a fast-growing alternative to automobile usage and ownership. Bike share systems in large cities like San Francisco are leveling the playing field, allowing people to skip the long car trips, bus rides, or light rails and opt instead for a healthier, more fun commute. E-bikes can help you avoid crowded parking lots, saving you time and even money in some cases.

Pros of an Electric Bike

Cons of an Electric Bike

The Final Word: Are E-Bikes Worth It?

If you’re thinking about trading in your regular bike for an e-bike, there are a couple of things to consider first. You should be aware of any local regulations regarding e-bikes. Since e-bikes are still fairly new, many municipalities have not caught up with them and so you can follow the same rules that regular bikes do (obeying traffic lights, staying in bike lanes, etc). Others–usually big cities–have stricter rules and guidelines. Some require you to wear protective gear while riding since an e-bike can go much faster than a regular bike.

Despite the initial cost to invest in an e-bike, plus the extra budget you need to have to maintain one, the benefits outweigh most, if not all, of the downsides. Those with chronic pain or other disabilities can use e-bikes, giving them the same benefits of a regular bike without the disadvantages (having to ride up steep hills or over bumpy roads). And even though you do get more of a workout on a regular bike, the difference in actual weight loss is minimal since you’re more likely to use your electric bike for different outings.

A basic e-bike is operated very much like a regular bike; if you know how to pedal, steer the handlebars, and maneuver your tires, you can ride an e-bike. The motor will do all the hard work and you can do the rest. You’ll just want to be careful going at higher speeds since riding fast can increase the risk of injury to yourself and to others. But once you get the hang of it, you’ll be on your way to enjoying long bike rides and reaping all the benefits.