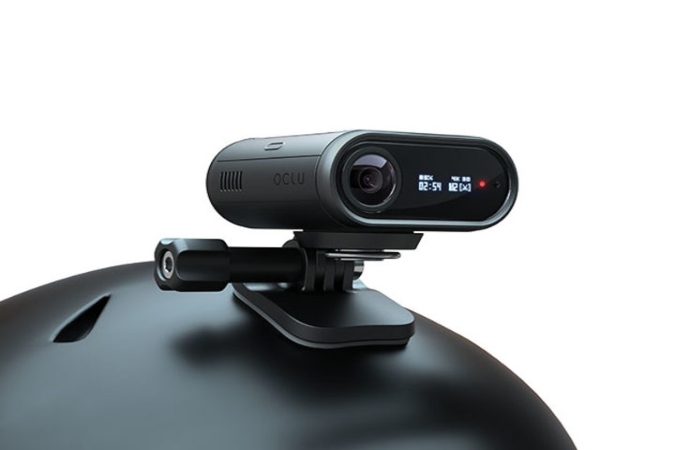 Ever since the world was introduced to the first action camera in 2004, there has been a buzz of excitement surrounding these small, high-tech devices. But what is an action camera exactly, and why might you need one? Throughout this article, we outline the main advantages of action cameras so you can determine if one is right for you.

What is an Action Camera and What Does it Do?

These small devices are called “action” cameras because they are specifically designed to capture fast-paced movements, such as extreme sports and outdoor activities. Indeed, traditional video cameras can also film movement, but most do not have the rugged durability to withstand rough elements and terrain while recording smooth, stunning video footage. Plus, these devices are so compact they can easily fit in your pocket and travel everywhere without getting damaged.

With the right accessories, action cameras can attach to your favorite outdoor gear—including skateboards, helmets, handlebars, surfboards, and more. Many action cams are also water-resistant with or without a protective housing. This unique feature allows you to film your adventure from exciting new angles that regular cameras can’t achieve. Whether you’re shooting your next hiking trip or a family vacation, you can use an action camera to record every precious moment with crystal clear accuracy.

In addition to the unique angles an action camera can capture, these devices also create beautiful high-definition content.

Most modern action cameras can shoot in both 4K Ultra HD and 1080P HD. Although 4K offers superior image quality, both resolutions are necessary for an action camera. 4K footage is sharp and vibrant, but it can take up quite a bit of storage on your memory card. 1080P video takes up less space and uses less battery than 4K.

An action camera with both 4K UHD and 1080P HD will give you the option of filming in either resolution. If you are running low on battery life or space on your microSD card, you can choose to shoot in 1080P. When you want the best image quality possible, you can opt for 4K.

Not only do action cameras offer high-definition resolutions, but they also have an enhanced frame rate. When recording action and extremely fast movement, such as skiing, snowboarding, or cycling, it will appear blurry if the frame rate is too slow. Since action cameras are designed to film movement, they tend to have a higher frame rate than standard video cameras.

4K is so detailed that this resolution needs a frame rate of at least 30. A 4K resolution at up to 30 fps captures super smooth and clear footage even in slow motion or time-lapse mode. Some action cameras offer 60 and even 90 fps in 4K, but these additions typically come with an extra cost. In most cases, 30 fps is all you need to create high-quality videos.

For 1080P HD, most action cameras offer a frame rate of up to 120 fps. If you prefer the faster frame rate, you can always switch over to 1080P when filming. The beauty of an advanced action camera is that you can toggle between both resolutions and frame rates to suit your needs.

Most action cameras can also be used to capture still images. This feature is handy because when you are out filming or on vacation, you only need one camera for every activity. The still image resolution on many action cameras is at least 12MP, which is the same resolution as the iPhone 11 Pro Max. This res is ideal for smartphones and small cameras because it has a super-fast processing time and requires very little storage space. So there is no need to sacrifice high-quality pictures when shooting with your action camera.

Action cameras allow you to film in several different modes—including video, photo, photo burst, time-lapse, and slow motion. These features make for fun and exciting content that can be layered together in one exciting compilation.

Photo and video are self-explanatory, but you may not be familiar with other shooting modes. Slow-motion video recording drags time out to capture every detailed movement, while time-lapse speeds up movement. Photo burst shoots still images in rapid succession, so you can capture a series of photos.

Some action cameras also come with a loop record feature, which automatically replaces older files with new ones. Once your microSD card becomes full, the oldest file will be deleted to make room for new content.

On an action camera, all of these unique filming modes are easy to use and allow you to create dynamic footage of every adventure.

Wide Variety of Accessories and Mounts

Action cameras have a compact size that fits practically anywhere. But, what allows these cameras to capture such exciting angles are their unique accessories. For example, waterproof housing protects the camera up to 50 meters underwater so you can film while scuba diving, surfing, or wakeboarding. You can also use an adhesive, suction, or chest mount to safely attach the camera to your gear or to your body. These attachments allow you to record from the center of the action.

Many action cameras come with Electronic Image Stabilization (EIS) that decreases blurring while the camera is shaking or bouncing. To ensure extra smooth footage, you can also attach a handheld stabilizer, such as a grip, gimbal, or tripod.

When selecting an action camera, be sure to go with one that is compatible with several of these attachments. These additions will help you get the most of these high-tech devices. Also, one with a universal mount in the base of the camera will enable you to connect with accessories from multiple manufacturers. This versatility will save you time and money in the long run.

When the memory card on an action camera becomes full, you can easily connect your action camera to a PC to upload, edit, share, and store footage. Most advanced action cameras come with Wi-Fi and Bluetooth connectivity that enables you to transfer your content wirelessly. If the camera doesn’t have a wireless connection, you can transfer images and videos using a USB connection.

Some action cameras come with built-in editing that allows you to delete unwanted content directly on the device. This feature makes it easier to upload and share only your best footage. Plus, it lets you film for longer periods before having to empty your memory card.

1080P means High Definition, while 4K resolution means Ultra High Definition (UHD). 4K has four times the amount of pixels than 1080P, so it offers excellent video quality. However, it is helpful to have the ability to film in both resolutions. 1080P takes up less space and uses less battery, so there may be times you will prefer to shoot in 1080P.

How do you use action camera Wi-Fi?

To connect an action camera to a Wi-Fi network, make sure the camera’s Wi-Fi settings are on. Then, locate the device’s network on your computer and click “connect.” Some cameras may require a specific Wi-Fi SSID password that will be found in the instruction manual. A Wi-Fi connection is a quick and easy way to transfer data between your computer and your action camera without using a cable.

How much does an action camera cost?

Different models may come with features that increase the device’s cost, such as voice control abilities, touch screens, or super slow-motion recording. Whether these additional features are worth the extra cost will depend on your specific needs and your budget. In most cases, the best action cameras between $200 and $300 will offer everything you need to film your favorite activities. Plus, many added features like touch screens and voice control can actually make the camera harder to use. Touch screens don’t always recognize your finger if your hands are cold or wet, and outside noise can often interfere with the camera’s ability to understand your voice.

How long will an action camera record?

Most action cameras have a short battery life—between 1 to 2 hours. Filming in 4K can drain a battery quickly. When shopping for a new camera, be sure to purchase one with a replaceable battery. This feature lets you bring along an extra battery, so you never have to stop filming.

Charging an action camera is as easy as charging your phone. Action cams with a magnetic connection can preserve the life of the camera because they attach without opening ports, which could allow dust, dirt, or water to get inside your camera. Instead, a magnetic charging cable connects quickly and seamlessly.

Can you use an action camera as a normal camera?

Most action cameras can capture high-resolution photos as well as videos. By switching to “photo” mode, you can snap group pictures and selfies while out filming. As you shop for an action camera, look for one with a still image resolution of at least 12MP. Anything over 12MP is only needed if you are looking for a more professional-grade still image camera.

Action cameras are easy to use, compact, and, above all, fun! With various filming modes and a wide variety of accessories, you can capture your adventure from any angle. Plus, an action cam offers the most advanced 4K resolution at an affordable price.